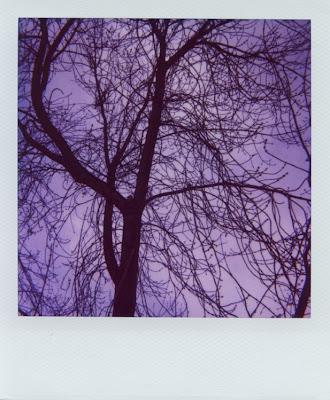 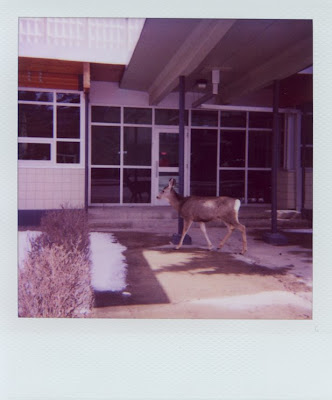 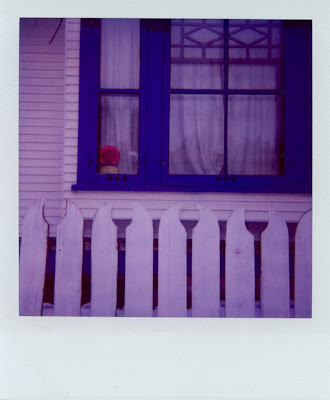 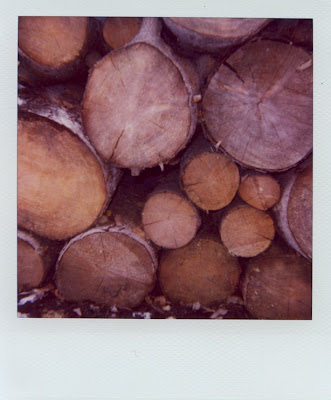 Wow, I feel so out of the loop, but I JUST found out about this yesterday, on a group blog that I participate in. Here are the details, and my first two days of this 5 day challenge. Check out all the results on the Flickr Group.

"About 'Roid Week 2008
It's that time again.....POLAROID WEEK! This one is a little bittersweet -- as you all know, Polaroid has stopped making their film. It very well could be the last Polaroid Week we have...

But until that happens, it's time to play! Post a Polaroid a day.

Five days. Five polaroids. (or more if you're so inspired, just not more than 3 a day)

Or dig out old squares you've found, stolen, or have had laying around since high school and scan scan scan.

Here are our requests: please post photos you haven't posted on Flickr before. Meaning, give us something new -- don't contribute a Polaroid to this group that you already posted last September. That's just plain lazy. Also, please don't post more than three photos to the pool a day.

C'mon. Play with us. You know you want to. 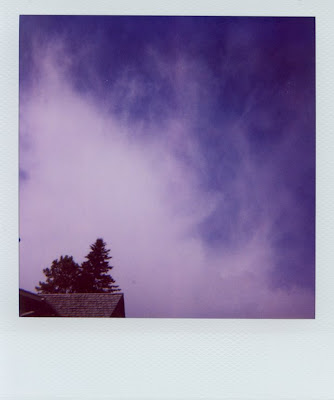 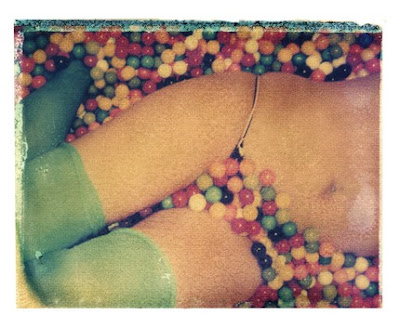 Girl with Blue Tights in Gumballs by Matt Schwartz 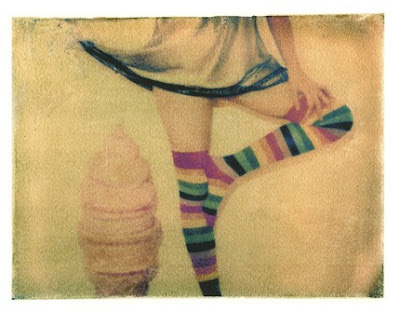 Girl with Rainbow Tights and Ice Cream by Matt Schwartz

Wow! I just checked out She Hit Pause Studios on Etsy. Matt was kind enough to heart my shop as a favorite and let me say, I was being honest when I hearted him back. His work is amazing! Not to mention, I am very envious, because his transfers are 8x10. I never have acquired all the equipment I would need to go 8x10, and now that Polaroid has stopped making the film, I probably never will. C'est la vie. And back to Matt Schwartz... 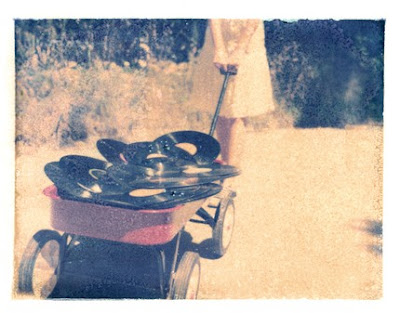 In Matt's own words:
"I am based out of Brooklyn,NY and make art and photograph weddings. My works consists of my version of the pin up girl,toys,candy,gumballs,records,record players,typewriters in a field,clouds,Coney Island and anything else colorful,beautiful and dreamlike."

Go check him out because otherwise I will be forced to post everything from his shop here. I love his work! 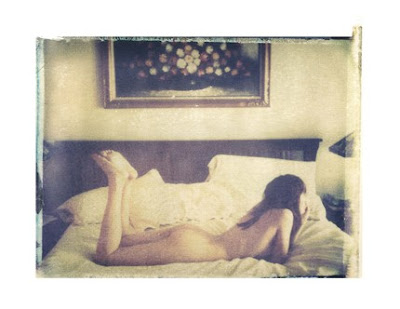 Nude on Bed by Matt Schwartz
Posted by Tiffany Teske at 7:38 PM 3 comments: Links to this post

The second ship of Polaroid goods has arrived at Unsaleable from Mexico...

"Usually we have to decide whether to delight you with some real positive news or to hurt you with some negative information like the end of the beloved SX-70 Blend.

Opening the big wooden box that we just unloaded from the rusty ship coming from Mexico we are excited to present the first POSITIVE / NEGATIVE POLAROID NEWS
ever. Lost for ages, very rare and among the most wanted Polaroid film ever, this box contains the biggest selection of positive/negative treasures in perfect condition we have ever seen in our lives. The following films will be put into our shelves with trembling hands and water in our eyes: THE LEGENDARY 665

No one dared to hope that we would finally hold this terrific material in our trembling hands one more time. Another proof that good things take time and that hope is never lost to source more rare Polaroid film in the coming years. This outstanding 665 film just expired 05/2007 and was carefully tested featuring premium results. A quantity of excactly 500 packs is available for all our loyal customers from exactly now on."
Posted by Tiffany Teske at 10:59 PM 1 comment: Links to this post

I have a Polaroid Holga Back for making Holgaroids and I LOVE IT! So, I thought I would pass this along to anyone who would like one...

1ST SHIP FROM SIBERIA
just arrived in the unsaleable harbour
We have to admit, that we were a little bit nervous about opening the very first box of our 5 thrilling "Secret Polaroid Supreme Shipments".
Especially because we received so much positive feedback on our last mail, informing you about the good news of new supply of rare Polaroid goods. What if the beautiful wooden box was empty??? What if it just contains Holga manuals or boring Holga Colorflash filters. Or even worse, some cheap chinese Holga accessoires from the Lomographic Society??

After a last deep breath the infamous Webmeister
slowly hoists the box's lid and..............

...with a big smile of relief and tremblig hands
lifts a....

HOLGA BACK
... brand new long awaited Polaroid Holga Back out of the box. Brand new version to digest type 100 as well as type 80 film.

To complete our total satisfaction and as well to give us enough reason to immediately open a bottle of champagne we also found 2 large cardboard boxes of outstanding type 100 films in the treasure chest, perfectly matching the Holga Back.

689 PRO VIVID
The super rare Polaroid 689 Pro Vivid. Introduced in 1992 as Polaroid's top-end professional color pack film. Expired in 2003, this film will knock you off your feet with it's unique characteristics and it's powerful color performance.

So, after this positive suprise regarding the content of the very first box, we hope that you will stay tuned for the next yet secret shipment "lost & found positive & negative" that is scheduled to arrive at our headquaters in exactly one week.
Posted by Tiffany Teske at 9:25 PM No comments: Links to this post

Ok, so I told you all I had gotten a steal on a bunch of Spectra film. Turn out, the seller stole my money. I know better. I know that Spectra film that is more than a few years old can be crap. The chemicals dry up. But, I was inticed by the price. $75for 10 packs. I know Ebay auctions can be buyer beware (I have had lots of good luck on Ebay but also paid $125 for the Sex in the City Series on DVD, which never arrived; $250 for a Minolta 9000 which looked brand new but only took 23 images and then never worked again; now the Spectra film) but this just isn't right. I do plan to contact the seller to tell them it is all completely worthless. Guess I need to find a good use for a bunch of almost blank Polaroids...

Has anyone else out there had luck with Spectra that is really old? These packs expired on 01/02. The only part of the image that shows up is the blacks, very faintly, and there is a magenta tinge to the whole print. Would love to hear from others...
Posted by Tiffany Teske at 10:34 PM No comments: Links to this post

I received this yesterday...

First of all, please forgive us the long silence.
The last weeks were dedicated to our fight for a bright and long Polaroid future. As we promised it is now about time to dry your tears and to stop crying about lovely Polaroid films suddenly disappearing.

5 big boxes, loaded on 5 ships, stuffed with outstanding and super rare Polaroid materials and tools are heading for our headquarters landing within the very next days. Our Polaroid scouts succeeded once more in scanning the whole wide world for breathtaking Polaroid materials, that will blow our minds and make our analog hearts jump with joy as soon as we will open the crates.

As we gave you, as esteemed Polaroid customers, our word to always keep you updated we now inform you about the exact position of the ships, their cargo and their scheduled arrival time. As soon as we will open the boxes we will send you another short notice about the detailed content, giving you the chance to be the first to lay your hands on these Polaroid gems, before they get officially announced in our public online shop.
Posted by Tiffany Teske at 11:28 PM No comments: Links to this post 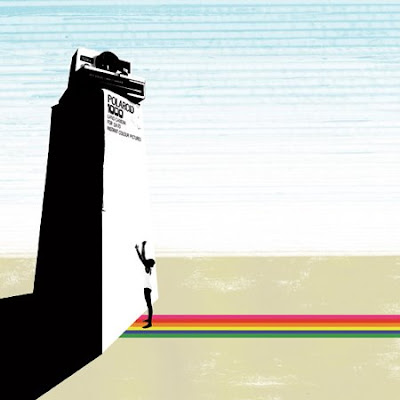 I found this through Google Alerts. I receive a daily email about "Polaroid Submissions". The only problem with this is that I receive things that don't always fall into that category, if it is a large site, and it has several topics on one page. But, that can be a good thing, as I see the work of others, and in the this case it is not photography by illustration by Simon Brader who posted this as an homage to Polaroid on the Illustration News Portal. Very cool!
Posted by Tiffany Teske at 12:16 AM No comments: Links to this post

I bought 10 packs of expired Spectra film from a company in Massachusetts for a steal, and it arrived a couple days ago. I am going to shoot a series on Banff, using double exposures. I have really been thinking on this a lot and can't wait to get started!! 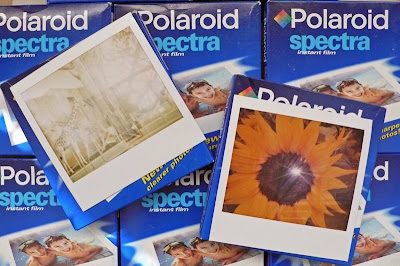 Posted by Tiffany Teske at 10:36 PM No comments: Links to this post

I love well done SX-70 images so much! And now that the SX-70 Blend film has been discontinued I think it may be the first of recent Polaroid processes to ride off into the sunset. I need to get out my SX-70 camera and Daylab base and use up my film...

In the meantime, I will covet the images of re4mado, they are lovely! He/she (I can't tell which from the shop name) works with SX-70 and emulsion lifts. Check out the shop... 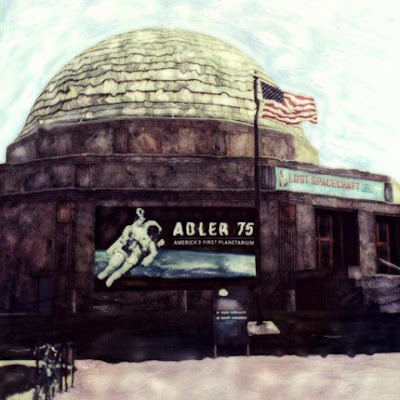 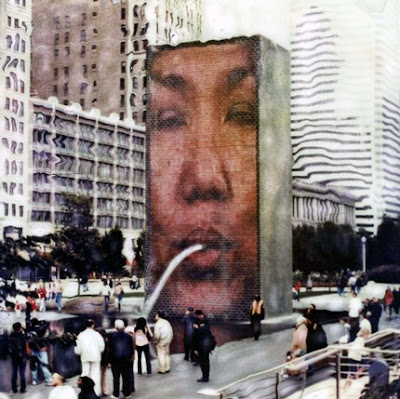 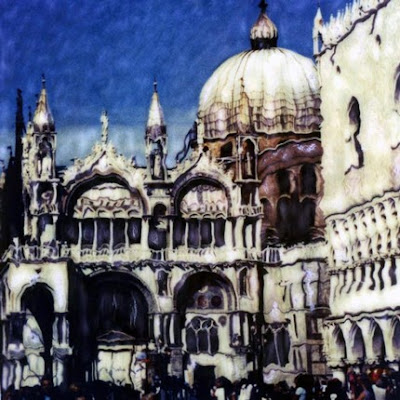 San Marco Square in Venice Italy by re4mado
Posted by Tiffany Teske at 10:37 PM No comments: Links to this post