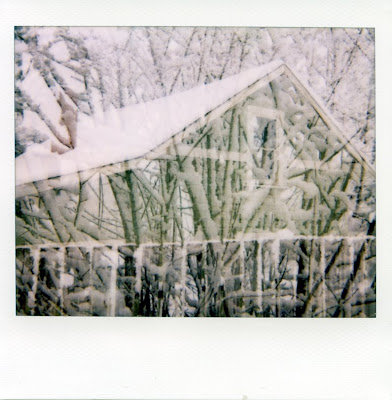 Here are the lastest images for my Polaroid Double Exposure Series on Banff. I need to come up with a much better name, one that is short but descriptive. I shot these before we went out of town but I was able to get them scanned today. As soon as the rain ends I am off to make more. 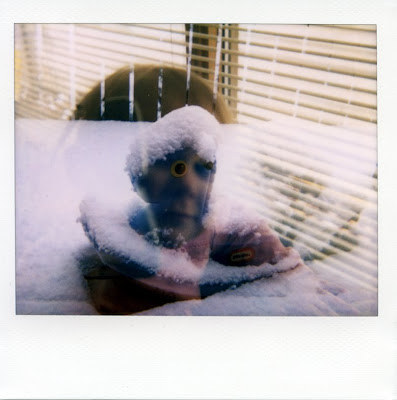 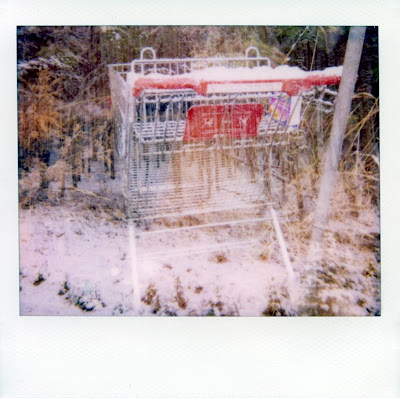 Posted by Tiffany Teske at 10:53 PM No comments: Links to this post

I am being featured on this blog, which is exciting... http://zephiart.blogspot.com. 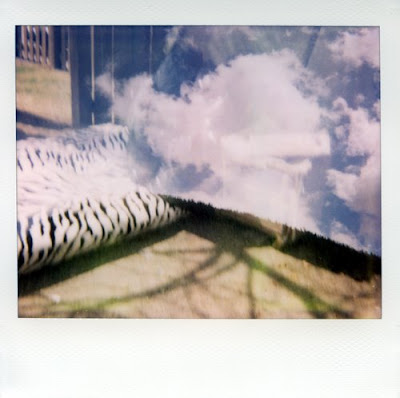 I started a new photography series today and I am thrilled. The idea has been brewing ever since I found a Polaroid Spectra camera at the local thrift shop for $5. It was complete serendipity that day because I went there hoping to find a Polaroid camera, knowing full well that it can be difficult to find what you are looking for at a thrift shop on the first try. I had 600 and SX-70 series cameras but not a Spectra camera, and the local grocery store had slashed the price on the 5packs of Spectra they had left so I needed one. Once I found out the camera worked AND it makes double exposures, I was hooked. I plan to work on this series for up to a year. It is about the area I live in, Banff, which is a UNESCO World Heritage site in the Canadian Rockies. The whole series will be double exposures and I want to make images in all seasons. I want each photograph to show how humans and nature co exist in this historical place. So, yes, for those of you who know me, ANOTHER Human?Nature series. I don't plan to make more than one image each day I shoot, and I probably won't ahoot every day. I think about 100 images would be great, then I can edit it down to the best images and exhibit them locally. I shot three images today, which as I said is not what I plan to do after today, just one a day. I am very happy with the first image, which is of a Zebra print futon next to a garbage container and the sky and a small, pine covered, mountain. 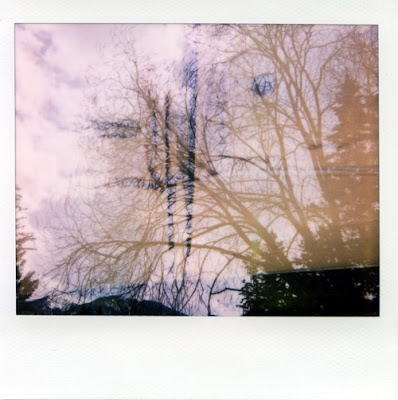 This image is a van door with a tree. 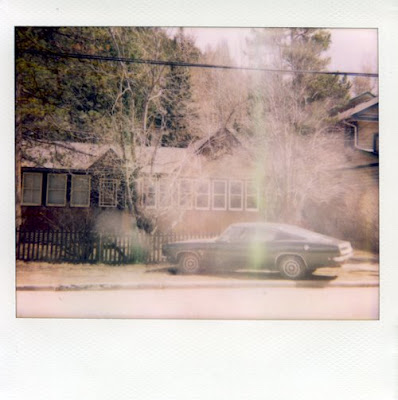 This is one of the most awesome muscle cars I have ever seen, in front of an old house (I love that with these two elements and the Polaroid film that it could be in the 1970s, not today) with an image of the sky and clouds over it.