"Memories From A Summer Vacation" - Photo #4 - At The Door 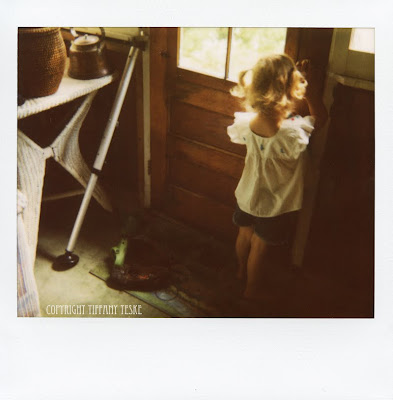 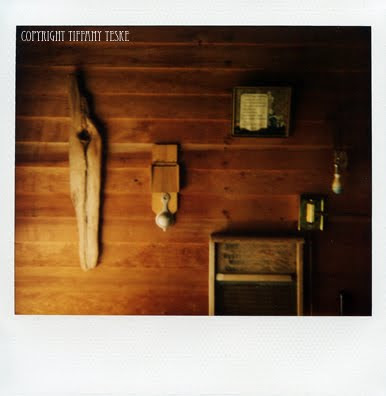 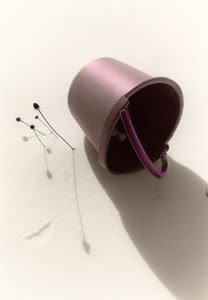 January was a busy month for Banff photographer and artist Tiffany Teske.

Rarely one to say no, even with little notice, she jumped at the opportunity to host the February art show at the Banff Public Library Art Gallery. With little more than a month to pull off an exhibit, operating on a-few-minutes-here and an-hour-there schedule, she did what she does best – making visual magic out of what she calls UFOs – unfinished objects.

“A lot of people in crafts and arts would know what that is,” she said.

The past four weeks were a blur, and now that she’s playing catch-up, she’s wondering how it is she is no longer considered a scorpio, given the recent astrological decision detailing the misalignment of the stars to their signs.

“I’m flabbergasted,” she says in disbelief. “There’s no way I’m not a scorpio.”

But perhaps there is some truth up in the sky.

Unlike a scorpio, Teske was ambivalent about a name for her exhibit. And then it dawned on her.

During February, Teske presents Decidedly Undecided, a rich blend of new and revamped photography, mixed media and mosaic pieces on display at the Banff Public Library Art Gallery. An opening reception with the artist in attendance takes place on Saturday (Feb. 5) from 7-9 p.m.

Most impressive pieces in the show include Cold Heart of the Sun, Balance and Bucket Study #2.

Teske says her career choice was deliberate and made for a number of reasons, the least being money. And while she’s had the opportunity to follow more traditional artistic paths with a meatier paycheque, she’s comfortable with who she is and what she does. And she has a good support network to boot.

“I make it work,” she said. “There’s a statistic out there that says most artists quit by the time they’re 40. My husband won’t let me quit.

“It’s who I am. It’s my sanity. When I don’t do it I get stressed out.” Teske uses her house as an informal gallery, displaying many of her efforts, those of her friends and pieces acquired through art trades. While her skills and interests have evolved since she first picked up a 110 camera at the age of seven, she’s a firm believer that her past has provided her with the foundation for continual inspiration, and a constant supply of artwork for her walls.

“I’m not old enough for a retrospective,” she says. “But I’m proud of all of it.”

The majority of the show’s pieces are for sale. For more information on Teske or her artwork, email tiffany@oldesage.com or visit her blog at www.tiffanyteske.com.

Decidedly Undecided is on display until Feb. 28.
Posted by Tiffany Teske at 10:48 AM No comments: Links to this post 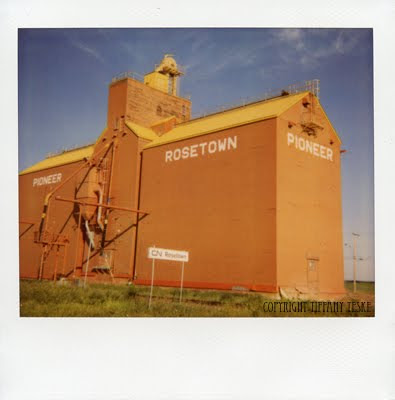 Somewhere in Saskatchewan...
Posted by Tiffany Teske at 9:25 PM 2 comments: Links to this post